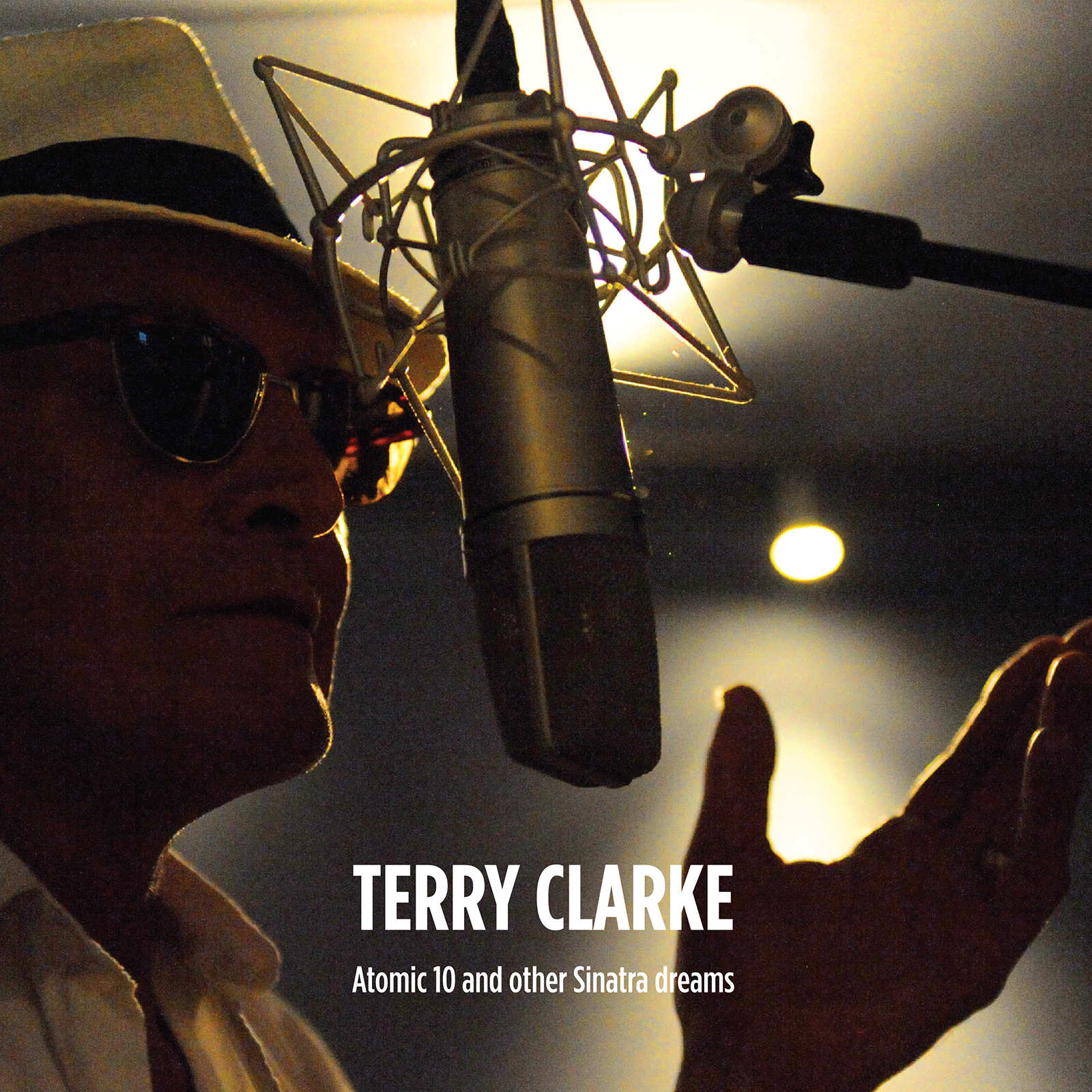 Atomic 10 and Other Sinatra Dreams

Terry Clarke is a singer songwriter of huge natural ability with a unique, expressive voice and a talent for lyrical expression that enriches his own compositions as they travel across every style of modern music.
Throughout a long career that has produced twelve albums, Terry has worked with a host of great musicians including David Grissom (Joe Ely band), JD Foster (Dwight Yoakam’s band), Jesse ‘Guitar’ Taylor and Michael Messer, Merel Bregante (Loggins and Messina) and Wes McGhee. His work has earned him the respect of his more famous peers including Johnny Cash who wrote of his ‘Rhythm Oil’ Album. “This record carried me away to a long time ago, down a delta dirt road to
a land of my musical good-old-daysing….”

Terry has toured extensively in many countries, especially America where he made many of his recordings. He has shared the bill with Rick Danko of The Band, Henry McCullough (Wings and The grease Band), Joe Ely and performed in Nashville at the Gram Parsons Tribute Show.

His Twelfth album ‘Atomic 10 and Other Sinatra Dreams’ sees Terry continue to explore new territory, this time with a late night tribute to one of his great heroes Frank Sinatra. Unlike many who are paying their respects during the centenary year of Sinatra’s birth by re-working the songbook, this album is a cycle of 16 original songs about Frank’s life and loves, passions and heartaches. Some of the arrangements touch on the orchestrations and conjure the atmosphere of the Sinatra style but Terry never attempts to mimic but brings his own unique musical style and lyrics to his subject. It is a fascinating album and ranks along side his best work.