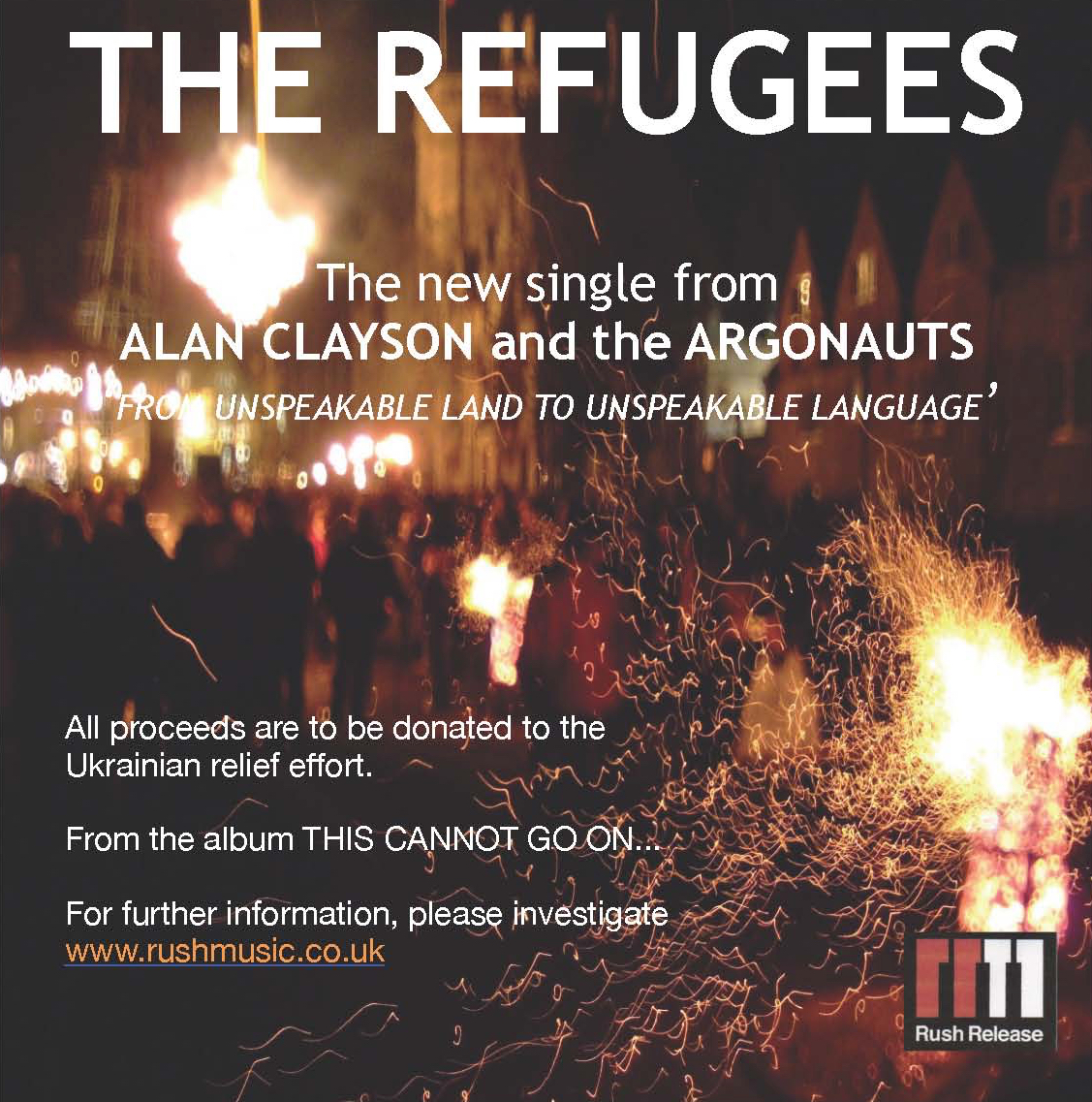 New Single from Alan Clayson and the Argonauts.

THE REFUGEES
THE NEW SINGLE by ALAN CLAYSON AND THE ARGONAUTS

From critically- acclaimed album This Cannot Go On…, ‘The Refugees’ is of particular resonance in these distracted times, paralleling as it does the flight of Juris and Antonija, Latvians who met and married after being among those multitudes who had staggered towards the safety of England on fleeing a native land torn apart by Hitler-versus-an-ultimately-victorious-Stalin: from unspeakable land to then unspeakable language.

All proceeds to are to be donated to the Ukrainian relief effort. 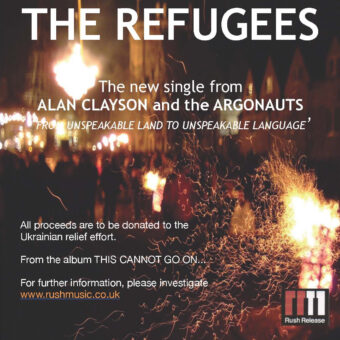