Alan Clayson and the Argonauts

ALAN CLAYSON AND THE ARGONAUTS

NEW ALBUM: THIS CANNOT GO ON… 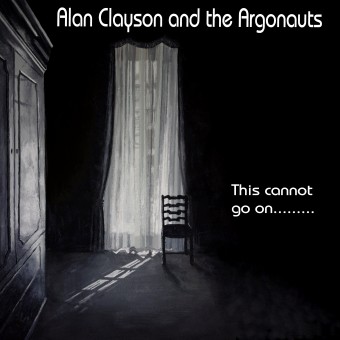 ‘Somewhere there is a parallel universe where Clayson and the Argonauts are bigger than The Beatles’
– Rock ‘N’ Reel, June 2007

You may recall the CLAYSON name from the late 1970s when he was of a vintage of composer-entertainers that also embraced the likes of Wreckless Eric, John Otway, Tom Robinson, Jonathan Richman and Elvis Costello. Moreover, his and the ARGONAUTS’ surreal stage act (‘not so much a performance as an experience’ [Village Voice]) defied succinct description – and still does! Indeed, response to CLAYSON recitals on both sides of the Atlantic suggests that he and the group are becoming more than cult celebrities. Indeed, they could be happening again – as they have done already at various points since they first impinged on national consciousness in the late 1970s after being championed by Melody Maker for occupying ‘a premier position on rock’s Lunatic Fringe’.

2 reviews for Alan Clayson and the Argonauts