‘Atomic 10 and Other Sinatra Dreams’ has been reviewed in the March/April edition of Rock ‘N Reel Magazine and given 5 Stars!

Atomic 10 And Other Sinatra Dreams

After carving an apparent niche as a country-rock artist, all went quiet on disc following the issue of
Green Voodoo In 2002.

Now the silence ends with this impressionistic and self-composed sixteen track ‘concept’ concerning not so much what Frank Sinatra did as how he felt.

Yet, while Clarke shares the same baritone range, there’s no explicit emulation of his subject’s emotive texture beyond an element of vocal daredevilry in a supple and forthrightly English – accented delivery darker in timbre than of yore. Moreover, as expected from a child of rock’n’roll rather than the swing era.

This means that if you don‘t find ‘quality‘ entertainers like them even halfway bearable, you can still enjoy Atomic 10. . . for its resilient studio performances and Rob Boughton‘s inventive, state-of-the-art production. Crucially, however, it lives in the excellence of such songs as “The Last Italian Vampire’, ‘It’s All Life’ (penned with backing singer Kate Clarke), ‘Orange Is The Happiest Colour‘ and. my most immediate fave, ‘Drive Me Home’. Alan Clayson 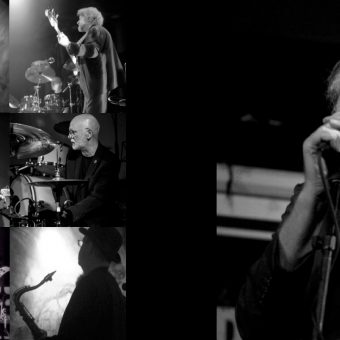